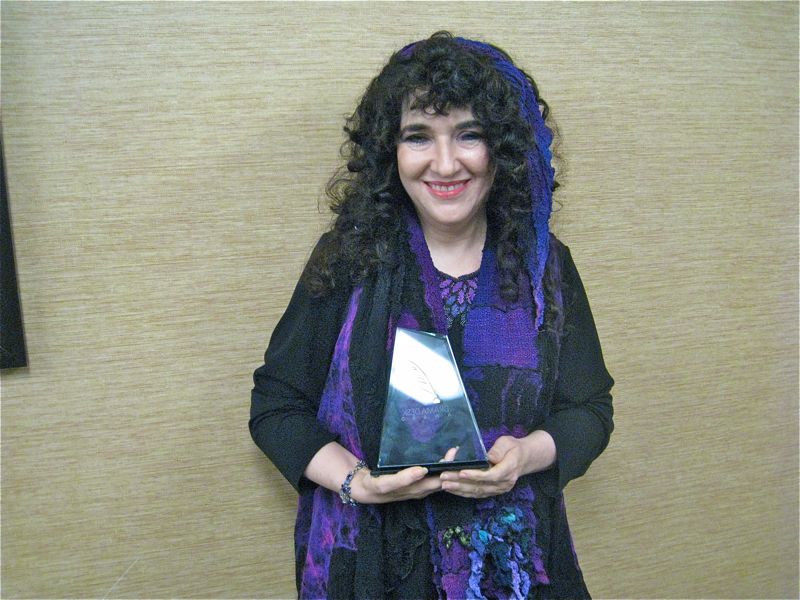 Barbara Seigel’s skein of seasons as Drama Desk Nominating Chair was unprecedented. The Board honored that commitment at its Annual Meeting.

As Barbara Seigel herself noted upon accepting a replica trophy of the Drama Desk Award, she’d served on the Nominating Committee for almost a third of Drama Desk’s 60 years of award-giving. First for seven years as a regular committee member, and then for 12 more seasons as Chair, Seigel may have seen more theater than any other but a handful of human beings.

She regularly filled aisle seats at more than 300 shows a year in all manner of Broadway, Off-Broadway and Off-Off Broadway venues. But chairing the Nominating Committee required much more effort than that. As former Board President William Wolf noted in his address at Drama Desk’s Annual Meeting in early December, “Barbara worked out a system for meticulously considering each show in all 28 or so nomination categories. Furthermore, she made it a point of our short-listing choices so that shows opening at the beginning of the season were not forgotten in the rush of openings and evaluations at the end of the season. Thus, the final decisions were thorough ones of which we could be proud.”

In addition to Wolf’s remarks, his successor, former Drama Desk President Isa Goldberg stated about her collaboration with Seigel, “I was struck by her attention to detail and her awareness of every aspect of a production. So often she would say, you may not love the show, but pay attention to the set design or the sound design. Barbara would never overlook a detail nor would she ever miss a show.” In recognition of her years of volunteer service, the Board of Drama Desk acknowledged her contributions with an engraved replica of a Drama Desk Award.