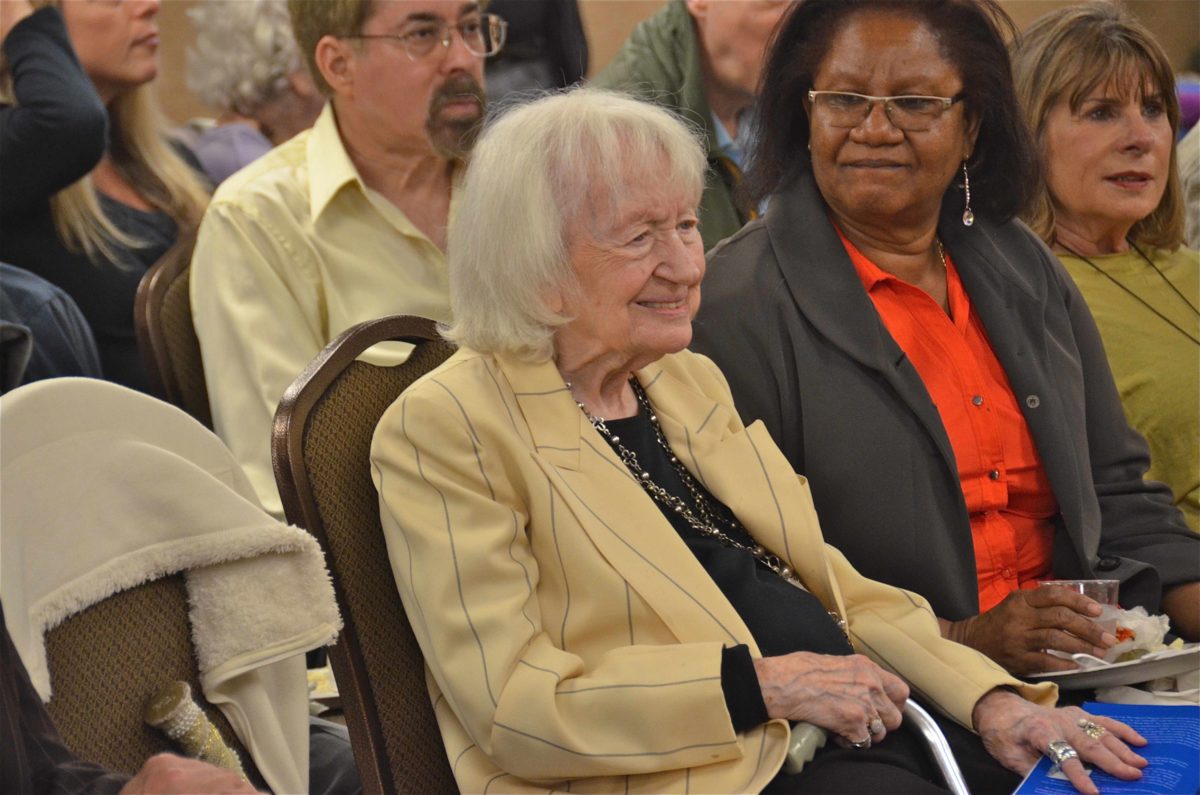 Drama Desk was saddened to learn of the passing of Margaret Croyden, long-time member and acclaimed theater journalist and critic. She died on February 22, 2015, at the age of 92, at the Lillian Booth Actors’ Home in Englewood, NJ, where she had resided for two weeks due to declining health, her family announced.

Croyden, born in Brooklyn when Broadway was the center of American theater and culture, spent much of her career as a theater journalist highlighting the versatality and vitality of non-commercial, experimental, Off-Broadway work, most notably that of English director Peter Brook and Polish experimentalist Jerzy Grotowski. She was perhaps most well-known as the author of Lunatics, Lovers, and Poets: The Contemporary Experimental Theater, a seminal study that traces the history and development of avant-garde performance. Her book Conversations with Peter Brook: 1970-2000  has been reprinted in Britain, France, Spain, and China. Her fourth and last book, The Years in Between: A Reporter’s Journey World War II-The Cold War, is a memoir triggered by the events of 9/11 and the Iraq War which brought to mind her memories of her first encounters with World War II. Drawing from diaries, tapes, and memories, she recounts her youthful adventures and struggles, and a later transformation, this time political, by her visits to faraway places as Paris, Berlin, Moscow, Leningrad (St. Petersburg), Beirut, and Jerusalem.

Her prescient journalism helped educate generations of theater scholars and critics about other such important theater figures as Ionesco and Beckett, as well as Brook and Grotowski. In addition to her books, Croyden also wrote about theater for The Village Voice, American Theater, The Nation, Vogue, and TheaterWeek. She contributed to her long running column on New York Theater Wire, titled “Croyden’s Corner,” from 1998 to the time of her death. As host-commentator-interviewer for over ten years on CBS TV’s Camera Three, a popular arts program, Croyden interviewed and discussed the work of Andre Gregory, Irene Worth, George C. Scott, Dustin Hoffman, Joseph Papp, Vanessa Redgrave, and Lee Strasberg among others.

Croyden was one of the founders of the League of Professional Theater Women, from which she received a Lifetime Achievement Award in 2003. The Drama Desk held a tribute to her at its Annual Meeting on November 12, 2014. She was also a member of the American Theater Critics Association,  and the PEN American Center, where she was a frequent contributor to the PEN Letter. Much of her archived work was acquired by Yale University, in the Sterling Memorial Library. Included in her archived collection are approximately 50 taped interviews with Peter Brook and other theater figures to original manuscripts.

She was educated at Hunter College, New York University, Oxford University, and the Shakespeare Institute in Stratford-Upon-Avon, England. She has lectured widely at numerous international gatherings in the United States and in Europe. She has been the recipient of several honors including the prestigious Asian Cultural Council grant enabling her to lecture and write on the arts in Tokyo, Osaka, and Kyoto. Her own website, with comprehensive info on her writing career, is www.margaretcroyden.com. She is survived by Ron Melk, husband of her late niece, Martha Melk, of Washington Crossing, Penn. and by a nephew, a cousin, and two nieces.

Memorial plans have not been set yet as of this writing.