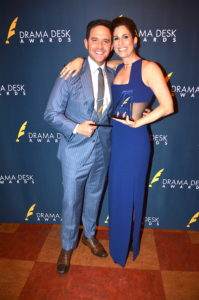 January 28, 2019:  Broadway Brands, publisher of Broadway News and Broadway Briefing, and the Drama Desk jointly announced today that Broadway Brands will present the Drama Desk Awards (www.DramaDeskAwards.com) beginning with the upcoming 2019 ceremony. The 64th annual event will take place on June 2, 2019 at 8:00p.m. at The Town Hall. The cut-off for nominations will be April 24, 2019, and nominations will be announced April 25, 2019.

Thoughts of a Colored Man, Chicken and Biscuits 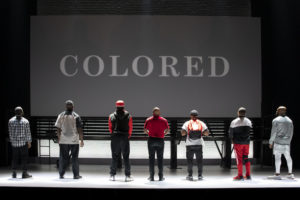 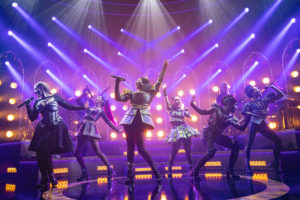 “Without us they’d all be naked!” flashes across the screen during this exhibition’s teaser video. While perhaps stretching the point, it’s impossible to recall New York theater experiences without the apt, imaginative, sometimes extraordinary couture costumes that enhance a production. On stage wardrobe can place a character’s era, location, economic status, attitude and taste. 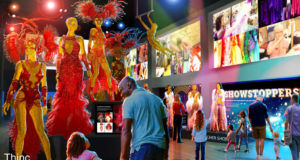 Please come to “twi-ny at twenty”

Here We Are: Theatre For One, The TWI-NY Pandemic Awards (So Far)

Here We Are The TWI-NY Pandemic Awards (So Far) 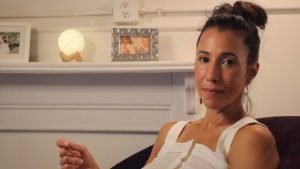 By: Elyse Sommer August 21, 2020: If I were a horror story writer instead of a theater critic I couldn’t have dreamed up a situation like COVID. Even when it first struck and theaters, restaurants and places of business were … END_OF_DOCUMENT_TOKEN_TO_BE_REPLACED 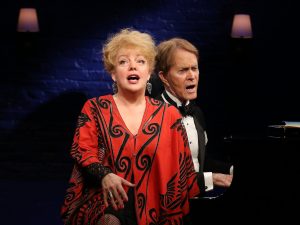