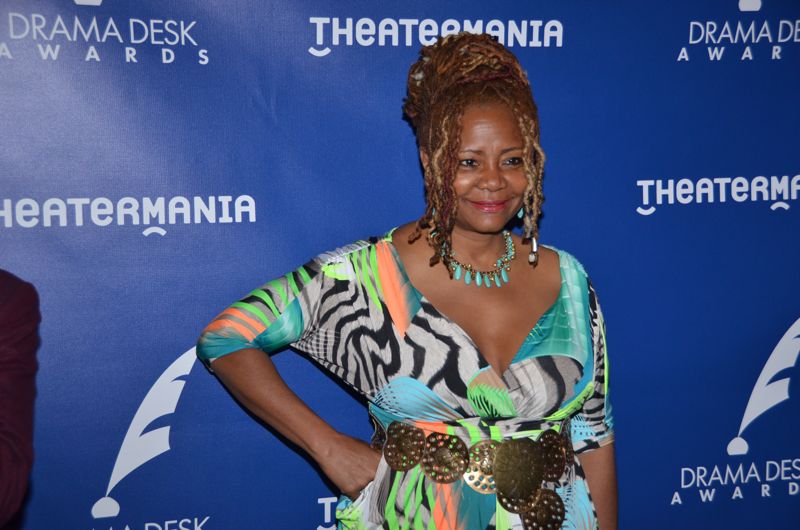 Journalist, critic, and Drama Desk member Jonathan Mandell posed this essential question to more than a score of 2015 Drama Desk Award nominees at this year’s reception.

“I think that every revolutionary idea begins in the theater, and that we have a responsibility as theater artists to put forth the vision of what we want our world to look like,” says Tonya Pinkins, one of the twenty-one New York theater artists who were asked this basic question.

All of the people who responded were nominated in one category or another for the local Drama Desk Awards, which honor theatrical achievement on Broadway, Off-Broadway, and Off-Off Broadway. The interviews were conducted at a reception for the nominees at New World Stages.

Joshua Bergasse, choreographer:
“When I go to see theater, when I leave, I’m a different person. Hopefully, I’ve learned something about myself and about other people. I think that good storytelling is the way that human beings grow.”

Brian d’Arcy James, actor:
“I think it’s something we’ve been breathing in since the beginning of time, since cavemen started telling stories around fires. In the more immediate sense of things, I think theater is important not only in making small changes, in terms of how they feel about their day, but on a more socio-political level it has had a great effect. Hamilton is a great example of a show that changes how we view what this country is. It changes the dialogue about who owns this country, and how we’ve come to be, and where we are. That is a piece of theater that helped us redefine who we are.”

Terrence McNally, playwright:
“Theater changes the heart, then it changes the mind, and that makes people get off their asses and do something. I’m a great believer in theater as a socially-active force. If The Visit doesn’t make people think differently about how they’re living their lives, then we have failed badly. An American play—Death of A Salesman. How many middle class Americans were forced to examine their values after seeing that play? I remember as a little boy how much it affected my mother and father. It still can do it. Angels in America certainly affected people. Yes, theater can be entertaining. I like to laugh too. But I also like to be made to think and question and challenge. And when theater does that, and entertains you, that’s the best.”

Some of the theater artists picked the plays with which they are involved. Alex Sharp explained that The Curious Incident of the Dog in the Night-time

Lets you inside the head of someone who in a normal social environment perhaps wouldn’t empathize. Even reading about somebody like that, you wouldn’t be able to fully understand. But the way Curious is directed, the way it’s lit, everything, takes you inside, so that you can empathize on a more profound level.

Jose Joaquin Perez of My Manana Comes presents the problem of illegal immigration, and undocumented workers in the restaurant industry. Is it right, is it wrong? Who’s making the money? The hope is that once we present those problems to the audience, they will try to solve those problems.

The nominees who make an appearance (however brief) in the video:

Alex Sharp, actor, The Curious Incident of the Dog in the Night-time

Joshua Bergasse, choreographer, On the Town

Julie Halston, actor, You Can’t Take It with You

Anne Kauffman, director, You Got Older

Josh Grisetti, actor, It Shoulda Been You

Click HERE for the original story and video interviews.  You can read Jonathan Mandell’s work on Howlround.com, where this piece originally appeared and at his website. You can also follow Jonathan Mandell on Twitter (@newyorktheater)