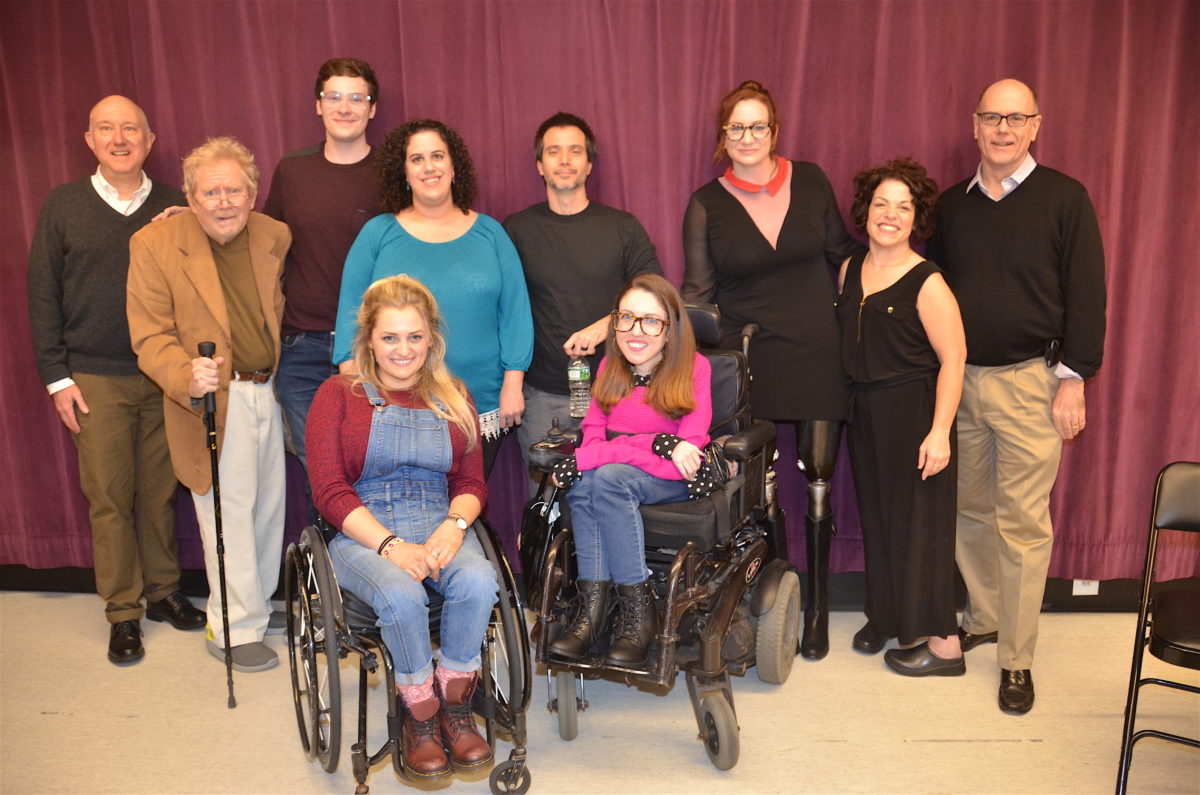 Working actors with disabilities enumerate their challenges and successes.

November 12, 2018:  The Drama Desk hosted an informal discussion with professional actors with disabilities moderated by Katy Sullivan, who was recently seen in the Cost of Living at MTC and just happens to be the record holder in the 100 meters at the 2012 London Paralympic Games. Participants on the panel at Ripley-Grier Studios in midtown Manhattan were Christine Bruno, Shannon DeVido, Stephanie Gould, John Christopher Jones, Gregg Mozgala, Jamie Sanders, and Ali Stroker. They presented a stimulating look at the world they function in, which is predominately populated by people without disabilities. They face the same challenges of other minorities, adapting to a society that is different from their learned experience.
Click To Read More and See Photos
Photography: Barry Gordin
Click to See Video by Jose Solis