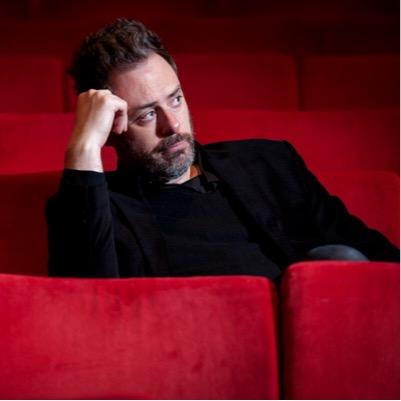 An ensemble of 2015 Drama Desk nominees wax wise to Doug Strassler about the wonderous news that their hard work won recognition.

On Wednesday, May 6, there was plenty of talent buzzing about New World Stages long before typical matinee time. That’s because it played host to the Drama Desk nominee reception for the 2014-2015 theater season.

Max Von Essen, a first-time nominee as Outstanding Featured Actor in a Musical for An American in Paris, could be seen beaming throughout his time in the press line. And why shouldn’t he be? “This is my first Drama Desk nomination,” he said. “It’s great! Talk to me when I have four in a row,” the tapper demurred. Brad Oscar, a nominee in the same category for playing Nostradamus in Something Rotten!, also radiated joy: “I am loving every minute of the ride,” he assured.

“I was in total shock; how can you expect something like that?” said Bess Wohl, this year’s recipient of Sam Norkin Off-Broadway Award. This career achievement arrives in tandem with a personal milestone; Wohl is expecting a child in June.

For some, the reception was an occasion to reflect on rewarding, if challenging experiences from the season. Two-time nominee (and past winner) Reed Birney was doubly pleased by his placement on the ballots this year, but acknowledged that his role of a volatile father in I’m Gonna Pray for You So Hard, for which he received an Outstand Lead Actor in a Play nomination, could be trying. “That role really took a lot out of me,” he said.

Kate Baldwin, enjoying her third nomination for Outstanding Lead Actress in a Musical, shared similar feelings about her work in John & Jen. “The role was all-inclusive,” Baldwin said. “It has all of the challenge and all of the fun that you would want from something that requires every fiber of your being every night. I don’t know that I’ve played a role that required so much energy and deep emotional well-digging since college. It was really gratifying and really exhausting.”

For others, it was a time to appreciate the very mission of the Drama Desk. Company XIV’s Artistic Director Austin McCormick was unable to attend, but shared that “I am thrilled to be nominated among such accomplished choreographers and delighted that the Drama Desk nominators responded positively to my fusion of Baroque dance, burlesque, ballet, circus and vaudeville.”

“My company, Parallel Exit, knew that the nominators had seen our show, so we found the official announcement,” company member Mark Lonergan said about their nominated show Everybody Gets Cake. “We are always happy to be nominated, and we love being in the Unique Theatrical Experience category – it’s great for what we do. It’s really great talking to the nominating committee who we know have all seen the show, and they can talk about specific things that they enjoyed about it. That really means a lot.”

Meanwhile, Joe Tantalo, Outstanding Director of a Play nominee for Deliverance, found out about his nomination at work. “I literally almost collapsed,” he said, “so that was a good day.” But beyond that, Tantalo reveals that the nominations awarded to this production have had an additional desirable effect. “Now it’s going to get new life – suddenly I am getting a lot of phone calls about doing it again, so it looks like we’ll be moving forward with it.”

And for at least one nominee, the reception enabled him to make a public apology. Dylan Marron, a Unique Theatrical Experience nominee for The Human Symphony said, “This is a huge honor! I grew up in the city and am a huge theater nerd. I checked the Drama Desk nominations when they came out all the time, and I knew they were coming out but I didn’t want to jinx it.

“I was on a tour with my podcast, Welcome to Night Vale, in Eugene, Oregon. We were about to leave for Portland, I had my breakfast in my hands, and I spilled it all over myself when I got the news. I was so excited! But I do want to apologize to the Hampton Inn in Eugene, Oregon for the mess that I made.”