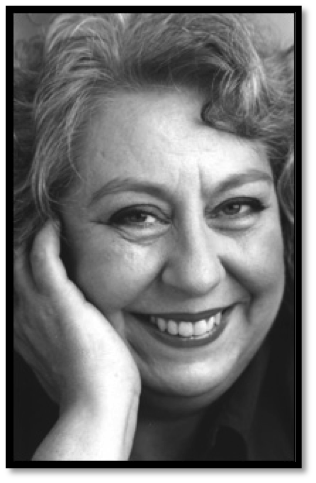 John Istel kicks off a series of interviews with Drama Desk Award recipients whose work has returned to a New York City stage.

For a satchel of seasons now Jayne Houdyshell performances have imbued all manner of matriarch with a heart-charming mix of comic machismo and easy empathy. Let’s just say Houdyshell’s characters never lack for mendacity.

Many theatergoers first heard her raspy voice and saw her wide, laughter-filled eyes in her Tony-nominated and Obie-winning turn as Lisa Kron’s ailing mother in Well. More recently, she’s put us in stitches as a dotty public-TV addicted grandmother in Bruce Norris’s The Pain and the Itch at Playwrights Horizons (for which she won a Joseph Jefferson Award at Steppenwolf Theatre in Chicago) and as the mid-American mom in Dead Accounts on Broadway.

Houdyshell muscles her way through musicals with equal flair: her Hattie Walker in Follies at Roundabout, slyly delivered “Broadway Baby” as if we never heard it before; as Mae Patterson in Bye, Bye Birdie, and in several rotations in Wicked, she adds hoot to her holler. Although she’s done her share of “Law and Orders” and appeared in such applauded films as Garden State, the stage seems her rightful domain. No wonder she received a Drama Desk Special Award last season for “her artistry as an exceptionally versatile and distinctive Broadway and Off-Broadway performer.” This fall, Houdyshell’s wily and wise portrayal of the Nurse in Romeo and Juliet on Broadway bicycles off with the laughs in the show. Recently, the actress talked to Drama Desk about the way accolades have percolated through her career.

Can you describe your earliest (pre-professional) theater accolade, award, or other sign of encouragement that spurred you on to become an actor?

One of the most exciting and meaningful acts of encouragement I received early on was when I was 14. There was a small community theatre group in Topeka, Kansas, where I grew up, that was started specifically for high school students. The cast was drawn from kids from all over the city. The whole project was run by an 18-year-old, who was just starting college as a theater major. He directed a play each summer and those of us involved built the sets, sewed the costumes, sold tickets in the box office, and made the posters. I really respected the director: he was only starting college, but to me, he was an adult. Right after that first production he took me aside and said, “Jayne, you really have a gift, and I expect you’re going to go places, and I wouldn’t be surprised if you went on to act in summer stock.”

Well, I knew what summer stock was from all those Mickey Rooney and Judy Garland movies, and I thought it that was the most exciting prospect I’d ever heard. I was on cloud 9. It was a defining moment for me: at least one person who was involved in theater believed in me! He also told me to read Brecht’s Mother Courage. He thought it was a role I would one day be right for…. I don’t know what summer stock company he was thinking of that would do Brecht. Anyway, it’s a role I still want to do.

What events led to your involvement in this season’s production of Romeo and Juliet?

My agent called about a year ago and said she had a scheduled a meeting with the director David Leveaux to talk about my playing the Nurse. I liked David very much. Although it was extremely early in the casting process, he had very clear and elegant ideas about the production’s aesthetic and sensibility. I had done the role 15 years prior. I didn’t want to do the same thing that I’d done previously [an uncut, full Renaissance period staging]. I knew David’s fresh take on the play would give me an approach, that was different from the way I had previously approached the role, so I was excited to be on board.

One of the freshest moments in the 400-year-old play was your scene with Juliet in Act 2 when you return from arranging her marriage to Romeo and overhear Juliet cursing you out for being so late. Then the scene becomes your revenge for her impatience.

That idea occurred to me while reading the play. I asked David if I could try it and when we did it in rehearsal it was revelatory. That initial moment makes the scene human and funny and says volumes about the nature of the Nurse and Juliet’s relationship. David made many cuts in the script and some cuts I missed initially, but ultimately, I’ve come to love them. It’s created an arc and trajectory for the character that is slightly altered from the full length version. She’s not the silly old dotty talkative matron that we have often seen portrayed.

Best advice you’d give someone starting out that you wish you had been given?

It’s the advice that I hated hearing when I was young. But now that I’m older I realize it was very wise and true. Young actors particularly need to hear this as we live in a society where we want everything to happen instantly. The advice: be patient. For most of us, a career is built one play or project at a time–and over a long haul. That’s a good thing, because that’s how one becomes a versed and skilled actor. Mastery is achieved through experience. If one’s ambition is to play great roles and be involved in fascinating projects we become better actors. Ambition for celebrity and fame has never made an actor better…. it simply drives them to become more visible.

Speaking in public. It’s not the same as acting. Public speaking is death-defying and nerve-wracking because I don’t have a proscribed script and a character and a story to tell.

What do you most remember–an image, thought or memory–about any of the Drama Desk Award ceremony last year when you won your trophy?

What I really remember about the evening was I had asked Lisa Kron to present the award for me and she is a dear friend and colleague. I owe Lisa a great a debt of gratitude for casting me in Well. What Lisa had to say was a surprise to me. It was so lovely and meaningful and that made what was a great evening even more beautiful.

If you could give out a special Jayne Houdyshell Drama Desk Award to any theatrical work or artist that you’ve experienced, who—or what—would be the recipient?

Wow. That’s a tough question. I guess the Award would have to go to Lisa’s play Well and to Lisa herself because not only did she write that extremely sophisticated, wonderfully moving play, but she starred in it and shared her personal story with great honesty and integrity. It was a stunning moment in the theater.