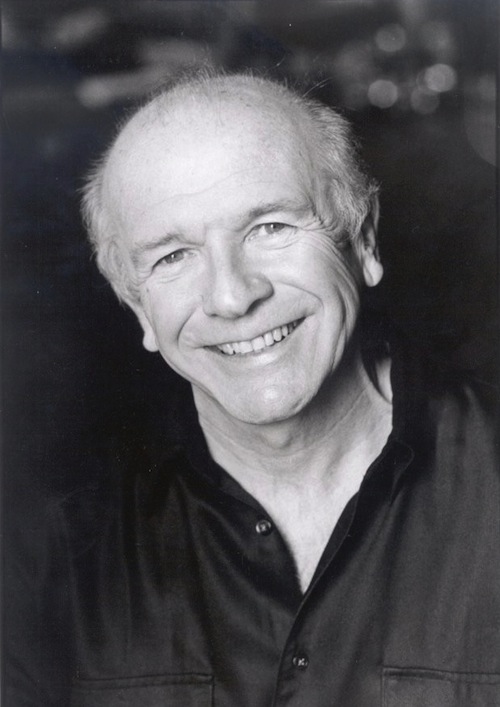 Doug Strassler continues a series of interviews with Drama Desk Award recipients whose work has returned to a New York City stage.

For more than a half-century, playwright Terrence McNally has proven himself to be one of the most fertile voices in American theatre, winning Drama Desk awards for the plays Lips Together, Teeth Apart; Love! Valour! Compassion!; and Master Class, as well as for writing the book to the musical Ragtime. Other beloved works include The Ritz, Frankie and Johnny in the Clair de Lune, Kiss of the Spider Woman, The Lisbon Traviata, The Judas Kiss and Andre’s Mother – whose television adaptation earned McNally an Emmy Award.

McNally shows no signs of slowing down. Earlier this season, The Pearl Theatre Company mounted And Away We Go, a valentine to those who dedicate their lives to the theatre. And on March 23, his newest play, Mothers and Sons, opens at the John Golden Theater. In this drama, directed by Next Fall’s Sheryl Kaller, Tyne Daly plays a woman paying a surprise visit to the former partner of her late son, who is now married to another man with whom he has a child (the couple is played by Bobby Steggert and Frederick Weller). The show is the playwright’s 20th Broadway production. Recently, McNally discussed his checkered career, his fondness for the Drama Desk, and how his current play is the culmination of a lifetime of inspiration.

Can you describe your earliest pre-professional theater accolade, award, or other sign of encouragement on your way to becoming a playwright?

When I graduated Columbia College in 1960, the English Department gave me the Harry Evans Traveling Fellowship, a no-strings attached grant for whatever it was I wanted to do. I had written the Varsity Show and a one-act play that was published in the Columbia Review. I don’t remember the amount of the stipend, but it seemed a small fortune at the time. I wanted the money to last so I went to Puerto Vallarta – prior to The Night of the Iguana, it was still an unknown fishing village. During the near-year I spent there, I smoked and drank too much, lightened my already blonde hair with lime juice, and thought about writing the Great American Novel. I also began my first produced play there, And Things That Go Bump in the Night, and was offered the position of stage manager at the Actors Studio, where I first heard my words spoken by professional actors and began to experience the theater as a real place where real people worked hard to make what looked like magic from out front.

What do you most remember – an image, thought or memory – about any of your Drama Desk Award ceremony wins?

The Drama Desk Awards seat everyone together. You see your friends and you cheer each other on. It’s a big, friendly party. It’s great to win, of course, but it’s not the end of the world if you don’t. It’s a celebration of the community that we all love, despite the setbacks and the rough spots. The Drama Desk celebrates excellence and fraternity. There’s a lot of goodwill and friendship in the room.

Where did the idea for Mothers and Sons come from? How long have you been working on it?

After her tremendous success as Maria Callas in the recent revival of Master Class, I wanted to write something for Tyne Daly. Why wouldn’t I? I had been awed by her since her Mama Rose in Gypsy. She had the guts and the stage chops to go toe-to-toe with Merman and Lansbury and make it an award-winning performance for herself. Same thing with Master Class. She met Zoe Caldwell on her own turf: the Broadway stage. The play I ended up writing is about a strong, intelligent woman who lost her son to AIDS and has been trying to come to terms with her loss for 20 years. My play is about the day she does. Her world, my world, everyone’s world has changed enormously in the past quarter century. There’s enough material here for 100 playwrights and 100 more plays. This is mine. I’ve been working on Mothers and Sons all my life. I just didn’t know that until I sat down and began to write it last year.

Does it take on any special resonance today?

I am in the third act of my career as a playwright. More than ever, I want to write honestly, compassionately, and accurately. I care deeply about these four characters. I want to get them and their story right. It’s all-important. We are living at a time of enormous social change and I want to explore every nook and cranny I can of our fractured, fractious society. The new American play is becoming an endangered species on Broadway. The pressure to succeed with this play is very real. There won’t be a person in the audience who hasn’t been affected by AIDS and who will be measuring their truth against my own.

Best advice you’d give someone starting out as a playwright that you wish you had been given?

Elaine May directed my second play, Next. She taught me everything I know, which is really very little but impossibly difficult to achieve. Know what your characters are doing, not what they’re saying. Playwriting is observing human behavior, not recording human chat. I have spent whole semesters telling students that and yet still spend entire days writing dialogue without one ounce of revelatory action or behavior in them. It’s human nature to be a lousy playwright. You really have to work hard to be even a competent one.

If you could give out a special Terrence McNally Drama Desk Award to any theatrical work or artist that you’ve witnessed, who—or what—would be the recipient?

Elaine May – see above. Zoe Caldwell for the single greatest performance I have ever seen. (You can choose your own from her impressive collection of them.) Maurine McElroy, my high school teacher, who revered the English language and made me want to be a writer. My husband, Tom Kirdahy, who is incapable of dishonesty or not keeping his word. My list could be much, much longer. I’m old enough to have worked with “everyone” but these four are The Essentials.