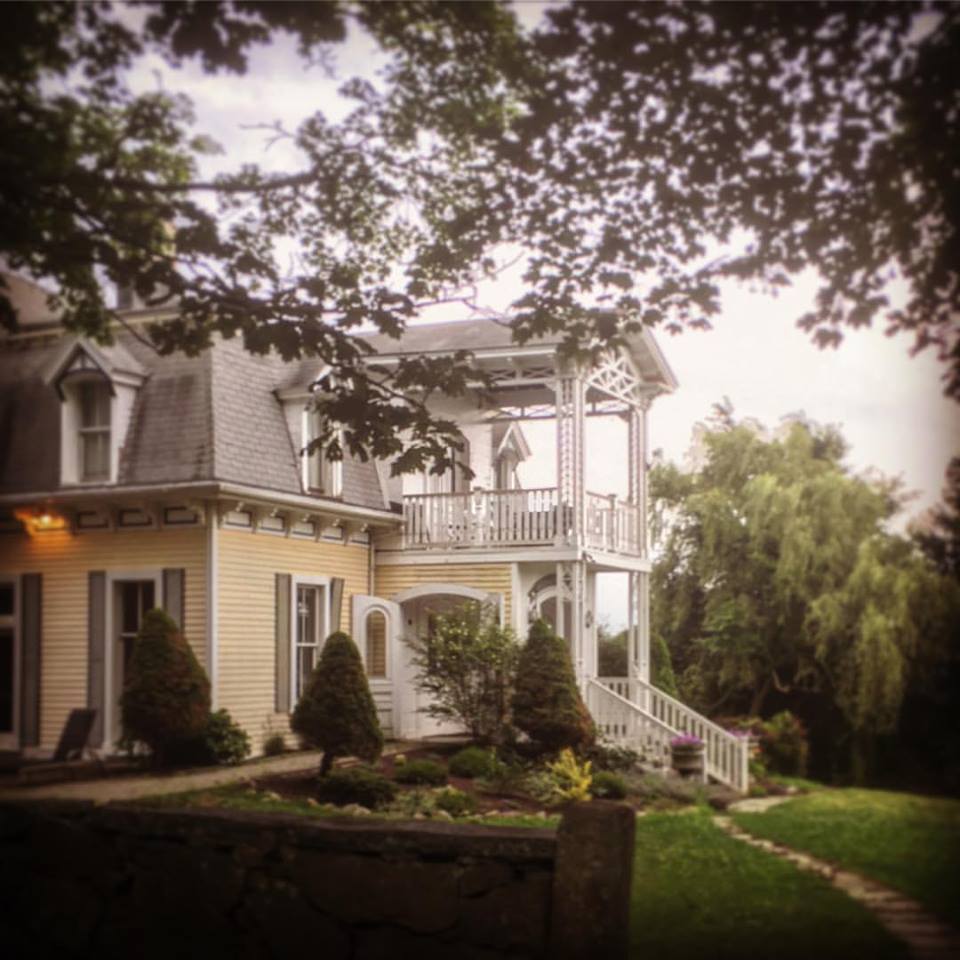 “Theater writing boot camp” may sound like a contradictory – or even confusing – description to some, but it’s exactly what the National Critics Institute at the Eugene O’Neill Theater Center is. It’s intensely artistic, extremely strenuous, endlessly challenging and unbelievably fulfilling.

I had heard nothing but wonderful things about the O’Neill from fellow theater critics and reporters, and when I learned I had received a scholarship to attend the NCI, I couldn’t have been more thrilled. (Thank you, Drama Desk!)

Immediately upon returning to New York, when I was asked about my time at the O’Neill, all I could say was, “intense.” (Usually followed by “I’m tired.”) But after a few days of rest and re-acclimating to fast-paced city life after two weeks in an idyllic New England waterfront campus, I’ve found myself able to describe my experience there. It was unique, stimulating, fulfilling, exciting and rewarding.

Where else would I find myself workshopping a piece of writing while sitting in Eugene O’Neill’s living room, with mannequins draped in Mary Tyrone’s costumes lurking right behind me? Where else would I find myself eating breakfast at a table next to John Logan or watching one of Broadway’s leading ladies enjoy a late-night hot dog? Where else would a fellow critic give a dramatic reading of one of the most scathing reviews I’ve ever heard in my life – so caustic that I asked her if I could record it and set the recording as my early morning alarm?

Along with the memories, there was a lot of work. We would see a show, film or eat at a restaurant each night and the reviews were usually due by 9 AM the next day, whether we were on campus at the O’Neill or on a whirlwind tour of arts centers and performance spaces throughout New England. I had never written and filed stories that quickly in my life, and the rapid-fire turnaround forced me out of my comfort zone of round after round of meticulous revisions. We went to Williamstown, Jacob’s Pillow and Goodspeed. We stayed in a gorgeous lakeside hotel from which almost every critic wanted to steal the luxurious pillows. As a city dweller who avoids driving at all costs, I appreciated these trips even more. (Thank you, Dariya, for driving!)

If we were back on campus, by 9:30, the Critics would convene in the campus’ Sunken Gardens, choose our places at the picnic table and begin workshopping each other’s pieces. We would read each one and offer our comments, which could cover anything from tone or subject matter to ten minutes spent on specific word and how that one word affected the piece. Sometimes the people we were writing about would walk by us, on their way to their own workshops, and we would lower or voices or suddenly change the subject. The variety of feedback, and the unique points of view provided from fellow writers with different backgrounds and different perspectives, was invaluable. I wrote down almost everything that was said to me throughout those two weeks, and the Word document on my laptop is more than 35 pages.

Being at the O’Neill offers endless bragging rights far beyond the artistic growth or networking opportunities. (With game-changers in both arts and journalism living and visiting the center, I ran out of business cards after about five days.) While one generation of New York theatergoers like to claim they saw one of the few performances of the notoriously short-lived Broadway musical Carrie, all of the O’Neill fellows will be able to say they saw a performance that no one else will ever have seen. We were given the opportunity to see plays and musicals that were in the middle of being workshopped – and then see a revised performance just two nights later and witness the changes that had been made.

Sondheim praised and mocked the virtues of “a weekend in the country” in A Little Night Music, but there is something to be said for how getting out of town stimulates creativity. Stepping outside of my dorm each morning and seeing greenery, weather-worn buildings and knowing the beach and ocean were a short walk away was refreshing and reinvigorating (and much needed, due to the lack of sleep that accompanied our intense schedule).

It’s almost inevitable that theater lovers become friends quickly (unless they disagree on which Wild Party is the superior) and the Critics were no exception. Together almost 24/7 for 14 days straight, seeing shows, eating meals, writing reviews, drinking at Blue Gene’s pub, we formed intense connections. Thanks to social media and group text chains, we are still in touch – and updating each other about the future of some of the shows we saw mid-workshop. We need each other. We know that. Despite the beauty that surrounded us on-campus and onstage, an undertone of tension and uncertainty accompanied most of our workshops and panels. We know it’s not easy to forge a career in arts journalism. It’s not stable, and it’s not lucrative. But most of us can’t say no to it.

Our love for the arts – just like our time at the O’Neill – is intense.