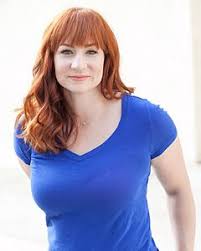 The Board of the Drama Desk invites you and a guest to attend a panel titled “Expanding the Discourse: Is the Landscape of Theater Changing for Artists with Disabilities?” on Monday, November 12, 2018 from 6:30 to 8:00 p.m. at Ripley-Grier Studios, 520 Eighth Avenue, Studio 17E. The event will be an informal discussion led almost entirely by working artists with disabilities, who will share anecdotes, work stories, and insight on their experience in the industry, as well as suggesting best practices for journalists and critics to keep in mind when writing about people with disabilities.

There is no charge for this event. Reservations may be made by emailing DramaDesk58@gmail.com. Please caption your email “NOVEMBER PANEL.” Drama Desk members and their guests will have priority with respect to reservations until Monday, November 5 at 5:00 pm, when names on the non-member waiting list will be accommodated.

More on the panelists:

Christine Bruno – actor, writer, director and disability advocate; formerly staff member of the Alliance for Inclusion in the Arts;

Shannon DeVido – actor, comedian, singer and writer, seen recently in The Healing at Theater Breaking Through Barriers and Teenage Dick at the Public;

Stephanie Gould – actor, writer and improviser, whose television credits include Orange Is the New Black and Marvelous Mrs. Maisel and who is appearing this autumn in the Strangemen Theater Company production of Bernie & Mikey’s Trip to the Moon at 59E59;

Gregg Mozgala – actor, seen recently in Cost of Living at Manhattan Theater Club, Light Shining in Buckinghamshire at New York Theater Workshop, and Teenage Dick at the Public; Founding Artistic Director of The Apothetae, a theater company dedicated to the production of works that explore and illuminate the “Disabled Experience”;

Jamie Sanders – actor and writer, whose poem “This Time” concerns growing up with Tourette Syndrome; recently made his professional stage debut in The Curious Incident of the Dog in the Night-Time at Kansas City Repertory Theatre; and

Ali Stroker – actor, singer, advocate, currently appearing as Ado Annie in the Bard SummerScape production of Oklahoma! at St. Ann’s Warehouse; played Anna in the Deaf West production of Spring Awakening on Broadway and in Los Angeles; also known for The Glee Project and the 2013 season of Glee.

Address any questions about this event to  DramaDesk58@gmail.com with caption “QUESTION RE PANEL.”